NOAH is organised in different groups. National groups are taking care of the administrative and political tasks for the entire organisation, and topic groups are working on topics of their choices.

NOAH's national groups are spread across the country, but the topic groups are mostly based in Copenhagen. NOAH believes in a flat structure. In many other associations and companies, a Board is giving tasks and responsibilities to individuals. In NOAH, we don’t believe in top-down control but rather on equality among people. Therefore, NOAH’s board is equal with everyone else when discussing the organisation, the different responsibilities or the tasks.

When the Board must take decisions for the entire organisation, an internal newsletter is sent internally to all members. The members can therefore accept, or react and propose alternatives to the decisions that have been made.

Twice a year during a weekend, all the members from the different groups gather to talk about the organisation, the economic issues and the ways for further development. Time is also accorded to the different topic groups, so they can speak out about their actions internally and contribute to a better communication and cohesion within NOAH.

NOAH’s secretary has an administrative function, and is led by NOAH secretariat’ group. It is also used during the week as a workplace for the many volunteers, as well as a place to hold groups meetings.

The nearly 80 national organisations of Friends of the Earth are spread out over all the continents. With 5,000 activists groups and two millions members, we are challenging together the globalisation, and we are supporting solutions towards environmentally sustainable societies, with social justice.

NOAH has become the Danish member of Friends of the Earth (Foe) in 1988. Since then, most of the topic groups have participated in many projects, seminars, and meeting in cooperation with FoE.

Friend of the Earth International, where all the national groups are members

Friends of the Earth Europe, where only the europeans groups can be members

Young Friends of the Earth Europe, for the young up until 30years

We are the 15th of March 1969. The great hall of H.C. Ørsted institute is filled with professors, politicians, consultants and environmentalists. The whole day, they listened to various lectures on pollution, and the evening was supposed to be finish with panel discussions and debates. Before the debate had a chance to start, a group of young people appeared, and asked the participants to return to their seats. They explained that the ventilation system was turned off, and that the doors to the hall were closed from the outside. And so marks the beginning of the Danish environmental movement. (You can fin the rest of the story of the 15th here).

After what happened at the seminar the 15th of March 1969,  a group of around 80 people wanted to create an union. It first had no name, but actually found one by accident ; one of the members spelt wrongly the name of the seminar. Instead of NOA (Naturhistoriske Onsdagsaftener), he spelt NOAH. It was perfect. After finding a name, it was time to write a mission statement, which has been a central starting point for NOAH all the way until to today.

NOAH works to improve the environment, by actively fighting against ecological damages and its causes - and providing alternatives (Preamble, 1969).

NOAH has been, from the start, an organisation with different groups with focus for exemple on food, soil and air, and later a variety of local groups. All communication took place via the internal newsletter, where groups could make proposals, take or reject decisions, communicate on actions. etc. Today, the newsletter system is still in place - but just electronically.

Many other organisations can thanks NOAH to have been a pioneer Many other movements can thank NOAH for ølejr concept. It was the fact the first to introduce, as they in 1970 were allowed to use Avernakø for summer semester meeting of the Minister of Culture Kresten Helveg Petersen (R). One of the organizers lovers later took the initiative to Femø camp.

In 1971, the Ministry of Pollution was created, and that was the precursor of the first Ministry of Environment and Climate, with a his head a very green political man, named Jens Kampmann. Unofficially, he rang NOAH for briefings and advices, and that is how the association put its marks on the Danish first environmental law, which came into force in 1974. Through the 80s, 90s, and 00s, NOAH has continued its effort to inform the Danish population about the environmental debates at a political level.

It is in 1988 that NOAH joined the world’s largest grassroots movement network, Friends of the Earth. Today, there are more environmental organisations on the field. NOAH is still one of the most prominent.  We differ primarily from the others for having a flat structure, where all actives have the same rights.

We are the 15th of March 1969. The great hall of H.C. Ørsted institute is filled with professors, politicians, consultants and environmentalists. The whole day, they listened to various lectures on pollution, and the evening was supposed to be finish with panel discussions and debates. Before the debates had a chance to start, a group of young people appeared, and asked the participants to return to their seats. They explained that the ventilation system was turned off, and that the doors to the hall were closed from the outside. And so marks the beginning of the Danish environmental movement.

First, the noise came. An infernal noise. From tape records located around the hall, traffic noise and DC-9 aircraft  bang about over the crowd. Shortly after, the lights were turned off, and ten bins of waste were ignited and doused with liquid, when a stinking smoke was spread into the room. Two of the people in the stage turned fire to pipes filled with tobacco. They went around, between the rows, blowing the thick smoke in the face of the audience, now beginning to show obvious discomfort with the liquefied air in the auditorium. The discomfort was getting worst, as slides of lung cancer operations, carbon monoxide poisoning cases and dead fish and birds, were now projected over the walls.

But the fast-working young people on the stage were not done yet. They kept on going, installing inside a big aquarium with a goldfish in. In the water, the activists poured a splash of a liquid, directing coming from a chemical industry. It did not took long, before the fish started to swim sideway,. When the fish appeared dead, the activists standing on the scene started to spray water from the lake Emdrup over the crowd. At the same time, pictures of dead fishes from the lake with lung tumors were shown.  At that moment, the atmosphere of the room was in a state of “dissolution and chaos”, stated the newspaper Ekstra Bladet.

And there is more.  A huge Nimbus motocycle ran suddenly onto the scene, roaring and going around with couple of girls, smiling in their summer dress, distributing fruits to the crowd.  Some were starting to eat the apples, when the girls said that the apples were actually sprayed with the insecticide Bladan (today forbidden). The tasters quickly spitted out their apples.

It all culminated when the lights were turned in again, and a wild duck from Game Station was carried onto the stage.  While one of the activists was telling about oil pollution, two of the others activists spilt waste oil. Someone shot :

»Is there an animal lover present that will save this duck?«

No one answered. People were totally silent. Without a warning, a man suddenly arrived, and cut resolutely the duck’s head with a pair of scissors. Still flapping and moving, the duck was carried to the first rows, pumping out blood near the feet of the guests.

Finally, the lights and the ventilation systems were turned on again, while activists proclaimed that they will start an environmental movement. 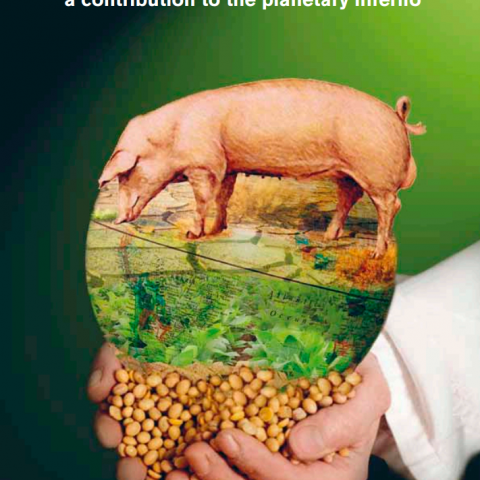 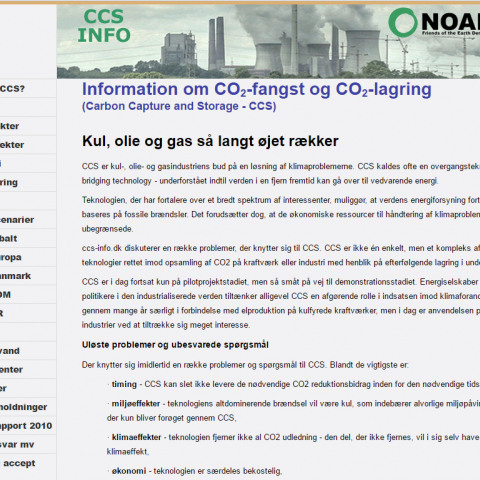